Neil Warnock’s men crashed to an emphatic 1-5 defeat at home to Watford on Friday, leaving the Bluebirds just one point clear of the relegation zone, and Cardiff will know that a stronger showing will be required when they take to home soil once more in the midweek fixture.

Meanwhile, ​Everton also fell to defeat to ​Watford last time out as Marco Silva suffered his latest setback at the hands of his former side. The Hornets' 1-0 success was the Toffees’ third consecutive league defeat.

Both sides need a morale-boosting victory ahead of Tuesday’s game, with Warnock looking to guide his side towards safety and Silva seeking to kickstart his faltering revolution on Merseyside.

Check out 90min’s preview of everything you need to know ahead of the Premier League clash on Tuesday.

Neil Warnock has a fully fit squad at his disposal as ​Cardiff look to return to winning ways in midweek, though on-loan striker Oumar Niasse will be unavailable to play against his parent club.

26 - Watford's 4th goal against Cardiff City (scored by Troy Deeney) ended a sequence of 26 uninterrupted passes; the longest sequence leading to a goal scored by a non "big six" team in the competition since September 2014. Brazil. #watfordfc pic.twitter.com/ESA20OpMGR

Meanwhile, Silva has a relatively full squad at his disposal ahead of the midweek trip to Cardiff, though defenders Leighton Baines (rib injury) and Phil Jagielka (unknown) remain absent for the Toffees, whilst Kurt Zouma is set to serve a one-match suspension.

Everton have a marginally superior record over Cardiff from the previous encounters between the two sides.

Of the 36 times that the two have previously met, the Toffees have won 14, whilst Cardiff have claimed victory on 13 occasions. The remaining nine clashes have resulted in draws. Silva’s side earned a narrow 1-0 victory over the Bluebirds when the two sides last met earlier this season, as a Gylfi Sigurdsson strike was enough to earn victory for Everton at Goodison Park in November.

Cardiff last beat Everton in a 1-0 victory over the Toffees in the second round of the League Cup in 1979, though the Bluebirds were eliminated 2-1 on aggregate after losing the first leg 2-0 on Merseyside.

Cardiff’s form has been patchy of late, with a number of resolute displays being offset by some disappointing defeats in the mix.

The Bluebirds bounced back from consecutive defeats away to ​Newcastle and ​Arsenal with impressive victories at home to ​Bournemouth and away to ​Southampton, before Warnock’s side suffered a 1-5 humbling away to Watford last time out.

Everton have endured a more troubled recent run of results, having suffered defeat in each of their last three league outings. A narrow 0-1 win away to ​Huddersfield provided little more than a momentary respite for Silva’s side after being knocked out of the FA Cup by Millwall three days earlier.

Here is a look at how both sides have fared in their previous five outings:

Cardiff have developed a reputation for turning in plucky performances which are capable of earning them the unlikeliest of points of late, as was displayed in their recent last-gasp win away to Southampton.

However, Friday’s dismantling at the hands of Watford was a harsh reminder of Cardiff’s vulnerability when coming up against technically superior sides, and Everton have sufficient quality to expose Cardiff in similar fashion. 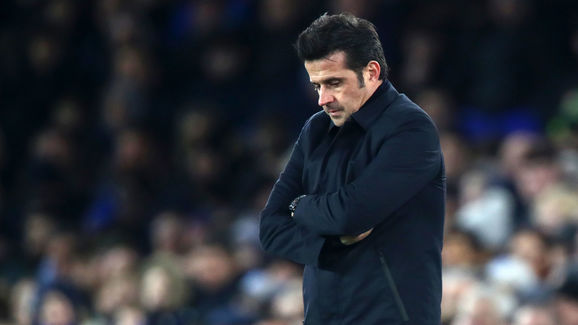 Silva has a plethora of attacking talent at his disposal, though there has been a cloud of negativity over Goodison Park following recent results and the Toffees will need to rally to earn a positive result in Cardiff on Tuesday.