Cardiff City welcome Liverpool to the Cardiff City Stadium on Sunday, as the Bluebirds bid to keep their Premier League survival hopes alive.

​Cardiff clinched a crucial 2-0 win away to ​Brighton on Tuesday, which closed the gap between the two relegation rivals to just two points with four games remaining – a gap which grew to three points when Brighton drew with Wolves on Saturday.

Although the challenge of taking on a ​Liverpool team that has won eight consecutive matches may be daunting, Neil Warnock's men will go into Sunday's game rejuvenated and without fear - something which may even concern Jurgen Klopp.

The Bluebirds will be without midfielder ​Harry Arter, who picked up a calf injury against ​Burnley last weekend, but Warnock has a near full complement of players to choose from. ​Sunday's Premier League clash 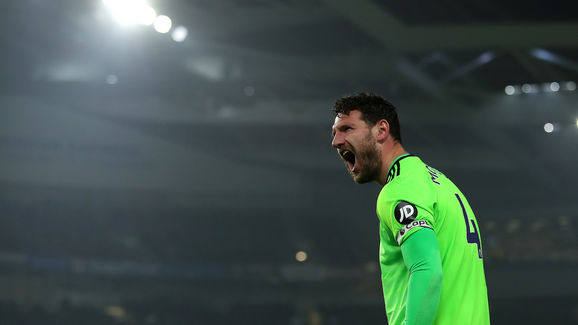 Neil Etheridge (GK) - The Philippines international kept his ninth clean sheet of the season against Brighton.

Lee Peltier (RB) - The Liverpool-born defender has become Cardiff's first choice right-back in the second half of the season, making ten league starts since the turn of the year.

Bruno Ecuele Manga (CB) - Manga is still yet to miss a minute of this Premier League campaign, switching from full-back to centre-back in Sol Bamba's enforced absence.

Sean Morrison (CB) - The captain's vital header clinched the three points at the Amex Stadium on Tuesday - his first goal of the season.

Joe Bennett (LB) - Bennett picked up his third yellow card in as many games on Tuesday, and lining up against ​Mohamed Salah may result in a fourth this weekend. 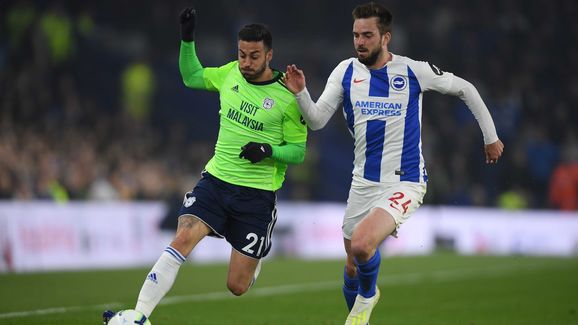 Aron Gunnarsson (DM) - Gunnarsson was substituted shortly after half-time against Brighton but Warnock confirmed post-match that it was merely a precautionary move.

Joe Ralls (CM) - Warnock described Ralls' performance in midweek as '12/10', after the midfielder came in to replace Arter to great effect.

Victor Camarasa (CM) - Camarasa's superb cross for Morrison's goal at the Amex showed once again how influential the Spaniard has been for Cardiff this season. Josh Murphy (RW) - Murphy was an unused substitute on Tuesday and his fresh legs could be vital for Cardiff, who are likely to be limited to counter attacks against Liverpool.

Oumar Niasse (ST) - Niasse is yet to score for the Bluebirds but a goal on Sunday could earn him Demba Ba-type cult hero status for those of a non-Liverpool persuasion. Did we mention he's on loan from Everton?

Junior Hoilett (LW) - Hoilett registered his first assist of the season against Brighton, setting up Nathaniel Mendez-Laing who curled a beauty into the far corner to give Cardiff the lead.