For those of us not close to the situation, progress on the Emiliano Sala tragedy had reached something of an impasse with the full report into the accident by the AAIB (Air Accident Investigation Branch) not being expected for a few more months yet following the publication of an Interim report in February.

“As part of this investigation we have to consider whether there is any evidence of any suspected criminality and as a result of our inquiries we have today, Wednesday 19 June 2019, arrested a 64-year-old man from the North Yorkshire area on suspicion of manslaughter by an unlawful act.

He is assisting with our inquiries and has been released from custody under investigation.”

There was widespread coverage of this announcement in the national press with the identity of the man arrested not being given initially, but later editions of the Daily Mail and the Times were among those that named him as David Henderson.

Although Mr Henderson had been reported as being a few years younger than sixty four in reports that appeared in the days and weeks following the crash and, as far as I’m aware, there has been no official confirmation that he was the man arrested, there now appears to be general acceptance that the Mail and the Times had got his identity right.

For anyone who does not know who Henderson is, he was the qualified pilot agent Willie McKay allegedly contacted to fly Sala (who had, seemingly, completed his move to Cardiff a couple of days earlier) to Nantes and back after the player had rejected his new club’s offer to pay for a commercial flight for him to and from France.

Somewhere along the line, it would appear that something happened to prevent Henderson from going ahead with the flight and, so, presumably, the charge arises from the fact that he arranged for David Ibbotson, who did not have the necessary qualifications as a pilot to undertake such a flight, to take over from him?

Whether any of this will effect where Cardiff City stand in this awful matter seems doubtful to this non expert. However, if and when, conclusions are ever drawn about the crash, whether it be in the courts or through a formal inquiry, City might be in line for criticism regarding their approach as to how a 15 million pound asset of their’s went about the flight he wanted to make back to his old stomping ground for one last time to say goodbye to friends and former team mates.

If that were to happen, then City would probably be unlucky in that, as a club that was something of a Premier League apprentice, they were the ones to fall foul of a system that, as far as I know, was the norm for most teams in the top flight. While it’s conceivable that the very top clubs might have fully qualified pilots and even planes that they owned on call to deal with such eventualities, I’ve seen nothing yet which states that City acted in a manner which was different to most other Premier League teams.

Therefore, it seems to me that the likelihood is that the outcome would have been the same if it had been another Premier League team that had signed Emiliano Sala and, if this is the case, then you have to question the priorities of such clubs when it comes to spending the absolute fortunes they earn in television money even for a single season in “the best league in the world”.

Moving on, the earlier mention of the Daily Mail leads me on to that paper’s pursual of City’s one time Under 18’s coach Craig Bellamy relating to allegations that he bullied young players under his charge.

Obviously, such allegations had to be investigated and so when Bellamy voluntarily stood down from his post while an internal investigation into his behaviour was carried out by the club, there seemed no reason to crisicise City’s approach.

Well, after some earlier speculation on the matter, it was officially confirmed this week that Bellamy had accepted an offer to link up with his old team mate at Manchester City, Vincent Kompany, who has just been appointed Belgian club Anderlecht’s manager.

Bellamy will be in charge of Anderlecht’s under 21 team and the truth is that he could well have accepted such a tempting offer anyway even if he were still in position as one of our youth coaches when it came along.

However, given that the City had refuted another Daily Mail story from last month which claimed Bellamy had left Cardiff after the completion of the internal inquiry against him, I do find myself thinking that they really dragged their feet over this one.

I say this especially when you consider that we are a club that is, supposedly, going to be losing our manager at the end of the coming season and that we are also a club about which it had often been touted that Bellamy would eventually be appointed as Cardiff manager himself.

Maybe there was never any substance in those rumours about him being our next manager and, anyway, I’m sure Bellamy would be sorely tempted to cross the channel again and come back home from Belgium if the Cardiff job was offered to him next May, but it does seem unsatisfactory that he has left us now with these allegations still hanging over his head. Presumably Vincent Kompany doesn’t believe there is any substance to them, but I wonder if we’ll ever find out officially about the veracity of the allegations now?

I always like it when the fixtures for a new season are announced because it means that a return to training and the first pre season matches are not too far away and so, the new campaign seems that much closer now after City’s programme for 19/20 was announced on Thursday.

A complete list of our fixtures can be found here and, from a personal perspective, I’d say that, especially in the Championship at a time when no one knows what squads will look like in six weeks time, there seems little point in pronouncing, as many have done already, about how easy our start to the season and how difficult the end to it is. All I’ll say for now is that I’m glad to see some proper local derbies in there and us with a home game on Boxing Day! 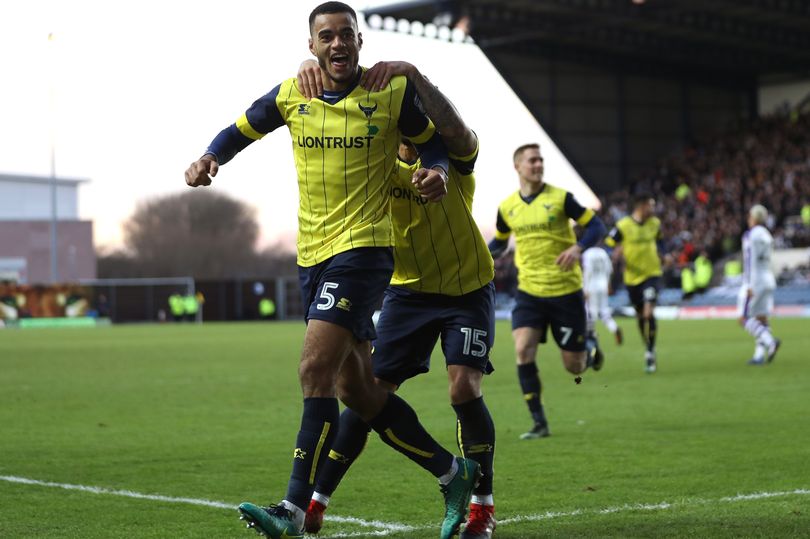 With a career record of fifteen goals in over three hundred appearances, Curtis Nelson would hardly be seen as a potential regular scorer for City if he did come here, but Oxford fans seem to rate him as a better player than their former centre back Chey Dunkley who played thirty eight times in the Championship for Wigan last season.

Finally, the only really worthwhile story to emerge on the transfer front in the last week was this one which scores high on the authenticity scale for me. While it seems to be typically modern day Cardiff City thinking to describe a twenty six year old as “young” in the way some supporters have done and there isn’t a great deal in Curtis Nelson’s career so far to suggest he can challenge for a centreback spot in what we all hope is going to be a high end Championship team, there does seem to be something of an Etheridge and Mendez-Laing feel to this possible transfer and we all know how they worked out!

Also, I take heart from threads like this one and this one from an Oxford United messageboard I visited and, of course, there is also the fact that I often used to sign Nelson as a teenager from Plymouth when I was in charge of Cardiff City on Football Manager circa 2010 to 2012!