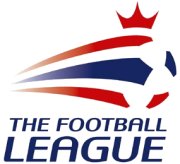 Now the play offs are over and all promotion and relegation matters have been sorted we have the full line up of sides in this coming seasons Championship.

The final place was settled when Rotherham won promotion from League 1 on the weekend after a penalty shoot out victory over Orient at Wembley. The join Brentford and Wolves who won automatic promotion.

QPR head back to the Premier League after their play off final win over Derby last Saturday leaving the Rams to face another season in the second tier.

Fixtures are released in a couple of weeks and the new season kicks off on the weekend of Saturday August 9th.