Chilly at CCS as Bluebirds and Millwall frozen out 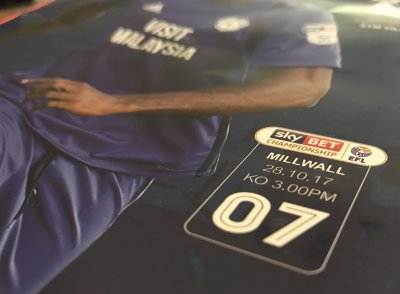 The 0 - 0 draw at CCS left players, manager and fans frustrated with another poor effort in front of goal.

City had chances, not many but they were good. Archer in the Millwall goal saved smartly from Ward and Hoilett in the first half and from Tomlin in the second. On another day City could have run out comfortable winners but the lack of goals is a concern and with the City defence experiencing minor wobbles they could have been on the wrong end of the result.

But despite late pressure from City, Sean Morrison aggrieved at not getting a penalty and Omar Bogle seemingly harshly penalised when it looked like he had earned a free kick, the game ended goalless.

Sheffield Utd are now top of the table after beating Leeds with Wolves second after losing at Q.P.R. Cardiff are third.

Next up City face Ipswich at CCS on Tuesday, hopefully there will be a goal or two to cheer and three points earned.