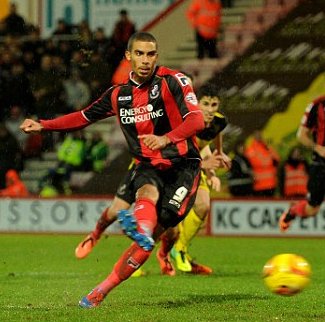 The 26 year old scored 22 goals in the Championship for Bornemouth last season.

It's believed Cardiff have bid just over the amount required to trigger a release clause in his contract at Dean Court.

Crystal Palace, Middlesbrough and Brighton are also believed to be interested in signing him but Cardiff have made an early move.