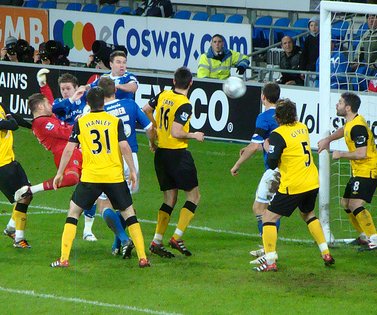 After early Blackburn pressure Cardiff took the lead. Gunnarsson capitalised on Pedersen's mistake and his inch perfect pass set up Kenny Miller who made no mistake.

Cardiff then took control. 5 mins in the second half it was 2 nil.

Miller won possession wide left and looked to have got lucky when handball wasn't called against him. The ongoing move resulted in a City corner that Anthony Gerrard headed in via a deflection from Filip Kiss.

Blackburn looked to rally late on but their efforts were in vain. Cardiff, with Miller leading the line made a mockery of the difference in divisions and saw out the match to the exuberance of the home support.