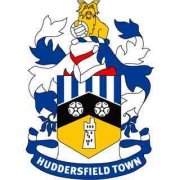 Sky have chosen to televise the game so it's been brought forward to a 7:45pm kick off on Friday evening. A home win will see Cardiff top the table, which would be nice. Even if it is only until the other teams play on Saturday.

Craig Bellamy was the one shining list for Wales last night when he came off the bench in the 2 - 0 defeat by Bosnia. He should be ready to start against a Huddersfield side that will contain top striker Jordan Rhodes.

Rhodes scored a bucketload of goals last season and scored on his Scotland debut last night. He's their real dangerman.

The match is live on Sky Sports 1 and in HD.