Cardiff have lost the opening game of the league season for the second year in a row. Last year Josh Windass was on the scoresheet as City lost at Wigan. Today Windass scored again against City for his new club Sheffield Wednesday as the visitors won 2 - 0. 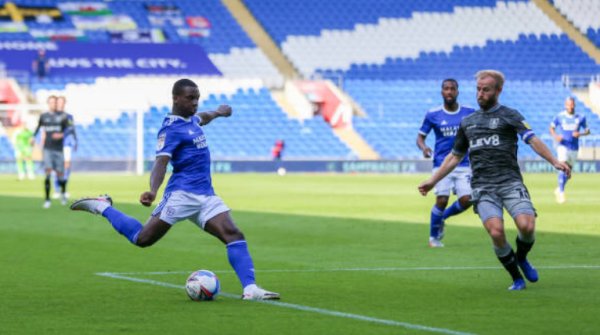 Wednesday were ahead after just four minutes. A poor pass from Leandro Bacuna allowed Windass in and the new signing from Wigan made no mistake.

Cardiff enjoyed a lot of first half possession but failed to convert it into any sort of quality around the goal.

Wednesday struck again just before half time when a free kick into the box was uncontested three times with Jordan Rhodes getting the final touch to beat Alex Smithies from close range.

Possession continued into the second half but the visitors defended so well they could have completed their task wearing smoking jackets and sipping tea. Considering Cardiff had Kieffer Moore on the pitch and brought on Robert Glatzel, Josh Murphy and Lee Tomlin the visiting keeper, one good save from Sean Morrison aside, was barely troubled.

City looked vulnerable to the counter attack and from the moment Wednesday went 1 - 0 up you knew it was going to be a long afternoon of frustration. The second goal ended the game, even with a half left to play.

Garry Monk will be very satisfied that he had the beating of Cardiff from the opening five minutes and Neil Harris unfortunately had no answer.

Next week Cardiff are away at Nottingham Forest for a live Sky game at 12:30pm. We have no midweek game as we were knocked out of the cup last week. What a disappointing start to the season.