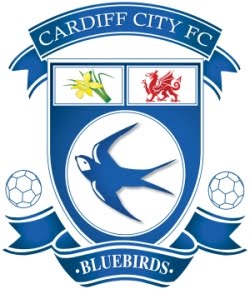 It seems they have taken notice that a lot of people are going to be involved. Organisers have been keen to insist this march is to support Cardiff City's blue history and tradition and not to be a protest against owner Vincent Tan.

The club have acknowledged this in their statement.

It's testament to the support of the march that the club felt they had to make a comment. The statement reads:

Cardiff City Football Club would like to thank supporter group organisers, including the official Cardiff City Supporters Club and Supporters Trust for working to ensure the pre-match march to the Fred Keenor statue on Saturday afternoon will be peaceful, non-offensive and to clear timelines.

Following the march, organisers have been invited to sit down with the Chairman before kick-off, as stadium staff help facilitate safe and efficient entry for participants ahead of an important Premier League fixture.

Of most importance is for a shared and positive focus to remain at a critical stage of the season. All at the club are fully committed to working with fans to ensure the team receives the best possible support, both home and away for our remaining fixtures.

Thank you as always for your support.