Cardiff City said farewell to Ken Zohore and Bruno Manga on Friday morning with the players moving to West Brom and Dijon respectively.

In the afternoon Aden Flint completed a move to Cardiff from Middlesbrough. Neil Warnock quick to bring in a defender to replace Manga. 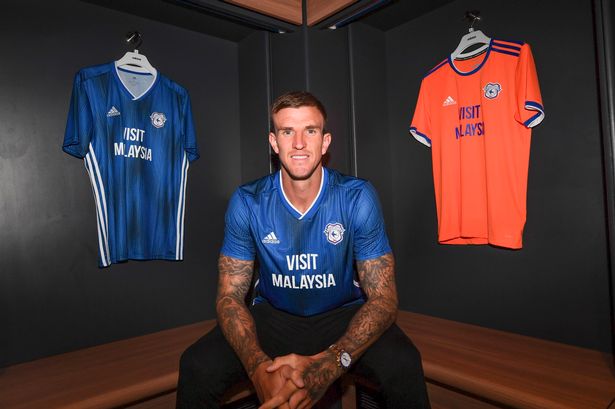 Zohore signed a four year contract with the Baggies and played his first football for them on Saturday afternoon when coming off the bench in a friendly at Scunthorpe. In the same game Semi Ajayi, a one time Cardiff City player, also came off the bench after he signed for West Brom earlier today.

Zohore's fee is thought to be worth up to £8m.

Bruno Manga headed back to France and signed for Dijon.On his departure Manga had this to say

"To Cardiff City, as you will know I have decided to leave but I didn’t want to go without saying a proper goodbye.

"There are loads of people I’d like to thank for the five years I spent in South Wales. I loved my time at the club and will have many fond memories. Playing in the Premier League was a dream for me and the journey to get there was incredible and one I will never forget. The final game of the season vs. Reading will remain one of my favourite memories in football.

"Thank you to the manager, the owner and the board for giving me the opportunity to play for you, and the brilliant players and staff that helped me along the way. I have made some great friends and will be sorry to say goodbye.

"Finally, to the fans... you have been incredible to me over the last five years, and know that I will never forget you."

Meanwhile we have brought in another defender. 6' 5 Aden Flint is an experienced Championship defender who played for Middlesbrough last season. He is a former Bristol City player and joins Cardiff in a deal thought to be worth up to £6m.

These fees though include various clauses based on appearances and performance.