EFL to look into Derby postponement 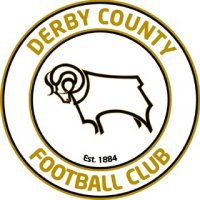 Cardiff manager Neil Warnock called the situation a "disgrace" and suggested the Rams, who have several players out injured, welcomed the postponement.

Derby made the decision to postpone the game, according to Derbyshire Police.

In a statement on Sunday, the EFL said the move was taken "following discussions between Derby County, Derbyshire Police and the local Safety Advisory Group (SAG)".

On Monday, an EFL spokesman added: "We are aware of the comments that have been made throughout the course of today in regard to yesterday's postponement between Derby County and Cardiff City.

"Having asked both clubs for their observations on the matter on Sunday, the EFL will not be making any further comment until the full responses are received."

Following the EFL's latest statement, Cardiff City chief executive Ken Choo said: "We look forward to the EFL's response and will update our supporters in due course.

"I share their frustrations and am in dialogue with the EFL to determine exactly why the game was postponed and how that decision was reached."