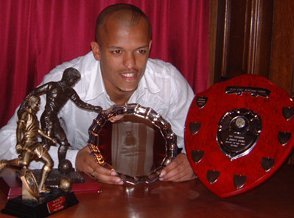 Hopefully the players and fans will be celebrating together after clinching a play off place when they meet up at Cardiff City Stadium for the Cardiff City Supporters Club annual awards ceremony.

There is a goal of the season award from the 1927 Club and this website is honoured to award the 'Magic Moment' trophy.

Details from the evening will be posted when available.