After a mixed start, Marco Silva’s Everton sit ninth following an improved run of form in recent weeks – notably picking up a point at ​Chelsea before the international break.

Meanwhile, Cardiff beat Brighton last time out, but are yet to taste victory away from home since their return to the top flight.

Silva has no new injury concerns to contend with and faces a selection headache with a number of players returning. Having featured against ​Chelsea, duo Yerry Mina and Andre Gomes are set to feature this weekend. Neil Warnock is sweating on the fitness of strikers Gary Madine and Kenneth Zohore, while Kadeem Harris is likely to start after scoring against Brighton. Nathaniel Mendez-Laing and Lee Peltier remain long-term absentees.

Saturday’s clash is only the third time these sides have met in the top flight – having predominantly faced each other in the old First Division. Both have won on 13 occasions, with nine draws between them. The last fixture came in the 2013-14 season as Seamus Coleman scored late in a 2-1 victory to keep the Bluebirds further rooted to the bottom of the table.

The Toffees sit comfortably in mid table and have won their last three consecutive home games.

Form of key players including Richarlison, Gylfi Sigurdsson and Dominic Calvert-Lewin have seen the Blues stride back in contention for a Europa League spot, as they look to improve on last season’s eighth place finish under Sam Allardyce. On the contrary, newly promoted Cardiff have struggled following promotion from the Championship last season - winning just two of their 12 games so far this term.

Warnock’s side picked up their only point away from home at Huddersfield in September in a 0-0 ​draw.

Here's how the teams have fared in their last five fixtures:

As demonstrated in their last ​home win, Everton's attacking force have showed a ruthlessness against bottom half teams, including Leicester, Crystal Palace and most recently Brighton. 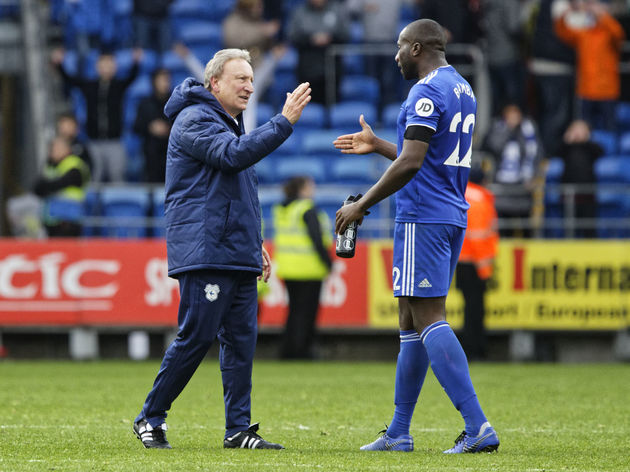 Despite Cardiff's recent improved performances, away results have not favoured the Bluebirds. Their opponents pose a far greater threat in front of goal and will be expected to grab maximum points.