On Monday Cardiff loaned out Semi Ajayi to Rotherham and Ben Wilson to Rochdale.

At team time on Tuesday it was confirmed the Adam Le Fondre (yes, he's still a City player) had ended his loan at Wigan to allow him to be loaned to Bolton, a club he's been loaned to previously.

Then after Cardiff's 2 - 0 win over Preston a further three players were confirmed as leaving.

Matt Kennedy is going to Plymouth, Emyr Huws is off to Ipswich while Stuart O'Keefe is joining MK Dons.

All players on loan until the end of the season.

Speaking about tonight's moves the Gaffer explained how Emyr Huws wanted to go and play.

"He came to see me and said he'd take a drop in wages to play. How many people say that, everybody just wants to stay put normally. He wanted to go. I was going to do a swap and unfortunately the player I wanted to swap was injured.

"I didn't want to stop him and Mick's (McCarthy) a great pal of mine. I thought it'd give them another body really.

"Stuart O'Keefe's gone to MK Dons to get some game time and Matthew Kennedy's just about completed his move to Plymouth on loan aswell.

"In Kennedy's case, I want to watch the videos. He needs to have a lot of games. He's got to come back in pre-season and give it a go really." 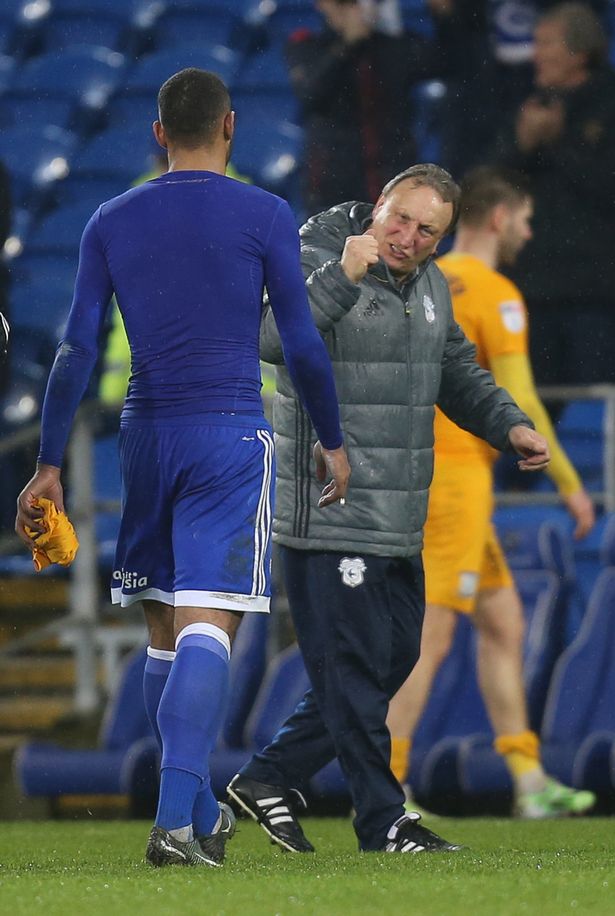 No players came in.

"I’m disappointed that we didn’t get our other targets," added the Cardiff manager.

"We probably should've handled it a little differently and we might have got one or two in. For one thing or another it hasnt happened. We'll muck on with what we've got really.

"I need to see Rhys (Healey) and I think he’s got a great future. People like Kadeem Harris are improving all the time.

"Sometimes I believe in fate. Sometimes someone gets injured and someone else comes in. I don't worry too much like I used to do when I was younger."

"It's a nightmare and a disgrace [putting a game on transfer deadline day]," Warnock said.

"You can't tell me the FA can't plan it where there's not a game.

"This afternoon, I should've been resting. I went to have a kip for half an hour and my phone went 20 times. It's a disgrace.

"It's typical of the FA that they haven't got the time or the inclination to try to help clubs and managers.

"They haven't obviously been in our situation. They don't know about how the phones are bloody ringing every five, 10 minutes. They haven't got a bloody clue.

"I won't get a striker until the summer now. We still want a top quality one to push Ken [Zohore], you need two in this league," Warnock said.

"I'm not really happy with the way the window has gone. I was close to bringing someone in on two or three occasions today.

"We could've gone for a lad I wanted at 5pm but his agent didn't ring me back until 10pm."