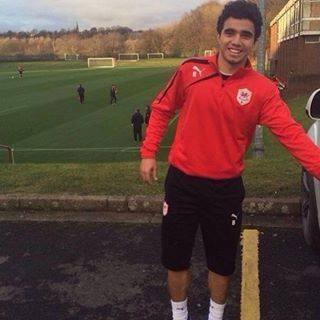 Fabio Da Silva (right) and Kenwyne Jones all but completed their transfers to Cardiff City on Monday.

Both players were kitted out in Cardiff gear and joined their team mates on the training ground.

Wilfried Zaha will also join Cardiff but his deal is taking a little longer. None of the players will be available for the game tonight against Manchester United but all three should be available to face Norwich on Saturday.

"Fabio and Kenwyne will join training today [Monday]. I have just met them and that is more or less done." said Ole Gunar Solskjaer.

Wilfried Zaha's loan move from United is also impending. "Everything is not complete so we cannot confirm that. We hope to get that done in the next 24 hours or so, so he can be ready for the weekend,"

David Moyes confirmed the moves for Fabio and Zaha.

"We're delighted for Fabio because he has been a great servant," explained Moyes to MUTV. "His brother is doing a great job for us here as well.

"We wish him well. He had one or two options but, in the end, we felt we couldn't get him enough games. I said to the players, if you feel I'm not getting you enough games, come and see me. Fabio felt that so he's got a move to Cardiff.

"With Wilfried Zaha, I'd said to him during the summer that we wanted to get him games. If he played, then great, but if he couldn't, we'd get him out on loan. We had one or two offers for him but just felt Cardiff, at this moment in time, might be the right club. With Ole going there as well, he knows how the club works here and exactly what we do with the players so hopefully it will be a good move for Wilf."