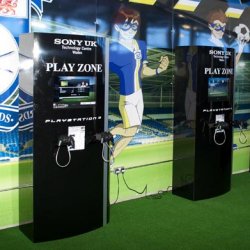 The winners of the Stadium Business Awards 2011 were announced yesterday, with Cardiff City Football Club winning the Customer Experience category. As the only awards to recognise a spectrum of achievements across the global stadium industry, all aspects were covered, from individual staff to venue of the year, from architecture to sustainability.

Cardiff City's Head of Ticketing and Customer Services Julian Jenkins was in Barcelona to collect the award and said: "This award is a tribute to all the hard work and dedication shown by everyone involved at Cardiff City Football Club. It was a very proud moment collecting the award at the home of the current European Champions Barcelona.

"We as a Club have to keep showing best practice both on and off the pitch. We have come a long way, but we will keep pushing the boundaries of excellence. Once again, a big thank you to everyone involved with the Club and the tremendous help and support from you, the best fans in football.”

Judge Michael Bolingbroke, COO, Manchester United FC added: "The judging panel was amazed this year by the incredible levels of commitment, ingenuity and above all passion behind the delivery of outstanding venues and experiences for fans.”

Ian Nuttall, founder of The Stadium Business Awards continued: "Designed to acknowledge our industry's leaders, achievers and stars of tomorrow, the awards received even more entries than last year so winners should feel immensely proud.”

“for delivering real change at a stadium experience through the customer journey... with a focus on what families want and need... 6,000 tickets sold every game in the dedicated family section... a model for other clubs to follow”

Other awards went to Soccer City, South Africa for hosting the Sports event of the year - the World Cup final there were awrds for The Emirates, Wembley and Staples Centre - Los Angeles amonst others.