A football fan who made aeroplane taunts following Emiliano Sala's death has been banned for three years. 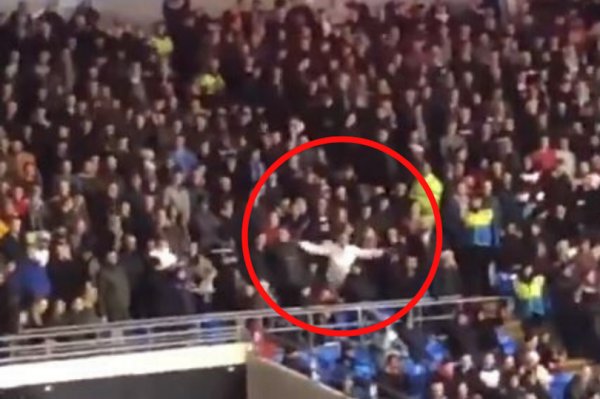 Reading fan Stuart Webb, 37 from Torquay, was ejected from Cardiff City Stadium during a match between the two clubs on 21 January.

The gesture towards Cardiff fans related to the death of striker Sala in a plane crash in January 2019.

PC Christian Evans from South Wales Police said: "The overwhelming majority of football fans are well-behaved and respectful to one another.

"Webb's inflammatory gesture caused a great deal of distress to many people still grieving the death of Emiliano Sala.

"Hopefully this court result sends a clear message that similar behaviour will not be tolerated at matches."

As part of his three-year ban, Webb must not go into Reading's Madejski Stadium or the immediate area on any match days, Reading town centre on match days or within two miles of any stadium or town centre where Reading Football Club are playing.

PC Evans added: "We work closely with Cardiff City Football Club and colleagues from other police forces to keep troublemakers away."