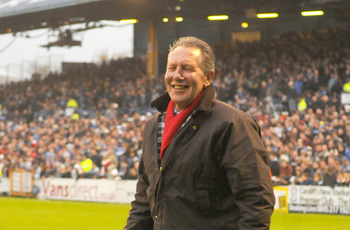 It's been confirmed that former Cardiff City manager Eddie May has died. The man who led City to the old 4th Division title in 1993 passed away in his sleep today.

May was well respected by all City fans and has always kept links with the City including running a local hotel and in 2009 managing one of the sides in the game that opened the new Cardiff City Stadium.