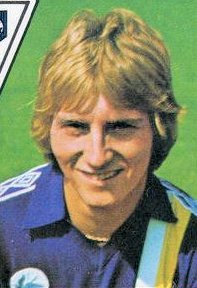 Ronson was found dead at his home in Baltimore, USA where he was a 'Hall of Famer' for the Baltimore Blast.

Ronson was born in Fleetwood and played for Blackpool before joining City. He went on to play for Wrexham, Barnsley, Birmingham and Blackpool again before moving to the USA.