Fans treated to a competent performance.. From Southampton 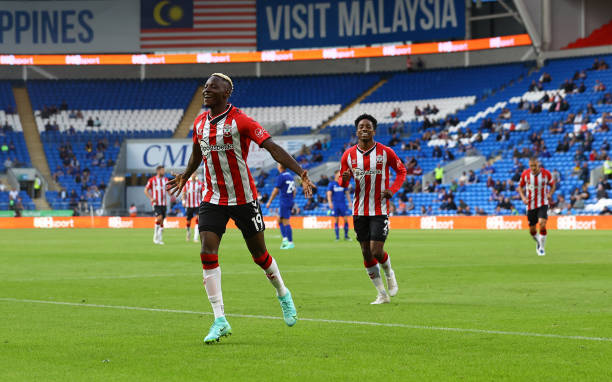 There were no points on offer from tonight's pre-season friendly at CCS, but the Cardiff fans in attendance for the first time in 18 months will be slightly concerned that less than 2 weeks from the start of the new season we seem to be far from a settled side ready for the new campaign.

Southampton dominated possession and looked a far better, more organised and confident bunch of footballers even after making multiple substitutions.

Joel Bagan tested Fraser Forster 8 minutes before the break but moments later a mix up in defence allowed Theo Walcott to score. City tested Forster again soon after but that just about ended the Cardiff chances as Southampton held on to possession, pressed high when they didn't have the ball and dealt with any Cardiff advances.

A flurry of second half changes for the visitors improved their offensive options and Moussa Djenepo finshed with real quality minutes after coming on. Che Adams, also a second half sub, popped in two goals to complete a comprehensive victory.

The second of Adams' goals came from a lightening breakaway after a Will Vaulks long throw into the Southampton box was cleared and the away side showed their hosts just how to counter attack efficiently and with precision.

Speaking personally I thought Mark McGuinness and Ryan Giles showed some promise, Marlon Pack showed some control and Marley Watkins (triallist) showed little to be worthy of a contract.

The Cardiff subs made no impact, the Southampton subs scored three goals.

There has been no sign of Kieffer Moore this pre-season, no Rubin Colwill, Leandro Bacuna or Sean Morrison. Players who are all likely to feaure. The first game of the season is 11 days away. 11 days away!!

Next friendly is this Saturday v Newport, ko 1pm. 7 days later it's the real thing when Barnsley come to the capital.