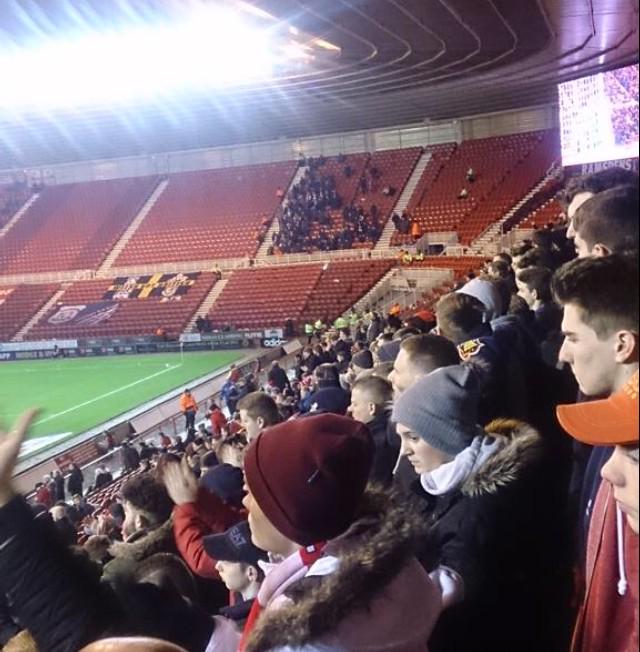 Two second half goals from Middlesbrough, who move into second in the Championship, capped another dreadful away day for Cardiff City.

Once again City were left chasing a game and falling short. Kenwynne Jones came off the bench to head a late consolation but it's not going to be enough to take the pressure of the manager.

Cardiff's away record over the last two seasons is pathetic at best and with home form on the slide as well the club are heading in one direction.

A dour game in the North East was watched by around 80 - 100 travelling City fans (pictured) and they must be questioning their own sanity.

Patrick Bamford opened the scoring with a shot from close range and a similar effort from Lee Tomlin secured the points. Both goals came from pacey attacks down City's right hand side.

Kenwynne Jones' header on 86 mins caused a slight flutter for the home fans but 'boro defended the game out with little problem.

After picking up 16 points from 27 in October and November the Bluebirds have slumped to just 5 points from 24 in December and January so far.

What's concerning is that City don't look like they can take control of a match and win it.

After the FA Cup this weekend against Reading City face promotion chasing Derby County at CCS on Saturday week.