While Cardiff came second best in chances and possession they didn't make it easy for Spurs and could have claimed a point from a game where they hit the bar and forced two last minute corners.

Ultimately the better team won and it leaves Cardiff facing a massive game at home to Fulham next Satuday. The Cottagers are the only side below Cardiff in the league.

Soldado finished off a Spurs break in the first half that started from a Cardiff attack. Typical that we concede to Spurs' ridiculed out of form striker. 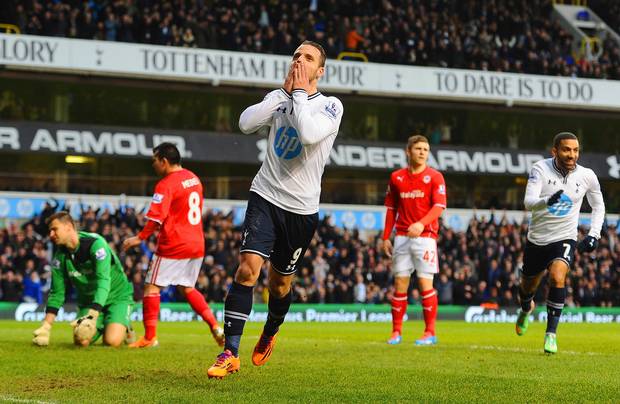 Ole Gunnar Solskjaer made several changes again as he tries to find a winning side. In came Bellamy, Medel, Kim, Turner, Gunnarsson and John as the manager tried to halt a run that has now turned into seven away defeats in a row.

It's also 399 minutes since Cardiff last scored a league goal. It's difficult to find any positives that could suggest the team have any chance of survival.

They may have made it nervous for Spurs today but it's another defeat and games are running out.

Next up the bottom of the table battle with Fulham.