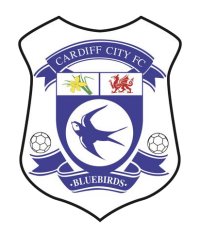 Police have issued a harassment warning to Willie McKay following a complaint that he threatened to “burn” Cardiff City and to “kill everybody” there, The Daily Telegraph can reveal.

The man who booked Emiliano Sala’s flight was interviewed under caution by the Metropolitan Police after being accused of making threats to Cardiff chairman Mehmet Dalman, chief executive Ken Choo, player liaison officer Callum Davies and one other man.

As revealed by The Telegraph, the Met launched an investigation after McKay, who turned 60 this month, found out where one of his alleged victims lived and confronted him at a nearby café before committing what the force described as a “possible public order offence”.

The Met said the incident was not being treated as “threats to kill” amid claims the Scot subjected the same man later that day to threatening phone calls in which he said, “I’ll shoot the lot of you”, and, “You don’t know who you’re dealing with”.

Confirming its investigation into the Feb 22 altercation had “now concluded”, the Met said: “A man, aged in his fifties, was interviewed under caution on Tuesday, May 28. He was not arrested. The man was issued with a first instance harassment warning.”

The force issued a statement less than a week after the pilot McKay asked to organise Sala’s fatal Jan 21 flight was arrested on suspicion of manslaughter by an unlawful act.

Dave Henderson, 64, was held by Dorset Police amid an investigation into the striker’s death, including into accusations the man drafted in to fly the plane, Dave Ibbotson, was not properly licenced.

McKay has repeatedly stated he had no input into the selection of Ibbotson – who is missing presumed dead – while Henderson has yet to comment on his own arrest or role in the tragedy.

South Wales Police and the Met launched separate investigations into McKay following a complaint by Cardiff about the man who also helped broker Sala’s tragic transfer from Nantes.

That complaint included an accusation that he warned, “I’ll burn Cardiff”, during an angry phone call with Dalman three weeks after Sala died over the English Channel.

It also featured a claim McKay told Choo and Davies, “I’ll kill everybody if my sons get slaughtered”, while the trio were attending Sala’s funeral in Argentina the following month.

McKay’s eldest son, Mark, was one of the agents involved in Sala’s record £15 million transfer from Nantes to Cardiff, while another of his sons, Jack, helped arrange the player’s trip.

Bluebirds manager Neil Warnock was questioned by South Wales Police after witnessing the altercation at Buenos Aires Airport, having previously told The Telegraph he had not heard much of what was said.

This newspaper also revealed in April that McKay may have broken the law by helping broker Sala’s transfer to Cardiff, with the Insolvency Service confirming it was examining allegations he breached a Bankruptcy Restriction Undertaking forbidding him from managing or promoting a company without permission from Doncaster County Court.

Such a breach is punishable by up to two years in prison.

Cardiff have declined to comment on McKay’s harassment warning, having previously said it had been “necessary and appropriate” to engage the police on the matter.

McKay, who has repeatedly ignored questions from this newspaper in relation to Sala’s death, did not respond to requests for comment.

The Scot did admit to an altercation with Choo in an interview with L’Equipe in March, in which he compared it to “a football match when two managers have an argument on the touchline”.

But he denied threatening to kill everybody at the club and questioned why Cardiff had waited a fortnight to involve the police if they believed he had done so.

McKay last night denied making the threat to Cardiff and receiving the harassment warning from the police.