Harris: I feel pressure but I don't fear for my job

Cardiff City manager Neil Harris says he is feeling pressure to succeed but does not fear for his job. 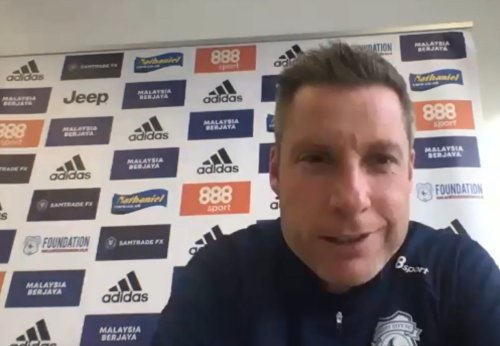 City have won three of their opening 12 Championship matches and are eight points off the play-off places ahead of Wednesday's trip to Coventry City.

Chairman Mehmet Dalman has said he is disappointed with the season's start after reaching the play-offs last term.

"What you're really asking is do I fear for my job at this stage? No, because I love my job," Harris said.

"Performances have been excellent but again I'm also acutely aware that football is based on results, it's a results business and I want to win.

"I do (feel pressure), but not necessarily pressure from within (the club) but pressure because I want to succeed. I want to be a winner and win games of football and be successful as Cardiff City manager."

Dalman said in October that those in charge of the club would "be very disappointed if this team isn't in the top six by January".

"I certainly don't want that gap to get any bigger. We showed last year that I'm capable of closing a bigger gap than that but it's not a scenario that I wanted to be in this year.

"But we can't look back now we've got to look forward and it's about learning from errors we've made and we will close gap… if we keep playing like we are."

Cardiff's playing resources have been stretched by an injury to Lee Tomlin, with the forward set to be out for at least two months after undergoing groin surgery, while full-back Jordi Osei-Tutu will be sidelined for at least four weeks.

But another full-back, Greg Cunningham, is training again after a month out.