Harris 'We want to be in the play offs'

City boss Neil Harris is looking forward to the exciting Championship run in.

“The tempo of the games probably won’t be quite the tempo of what they were in March,” Harris said after the warm up games against Swansea on Saturday. “But we’ve seen in Germany that after four of five games the standard and pace returns. 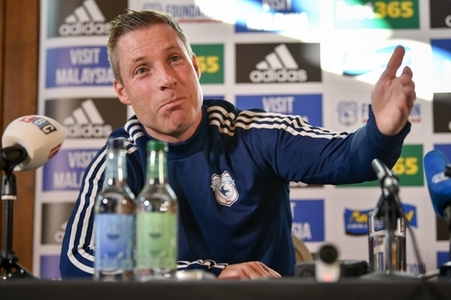 “This is a really exciting period now. We want to be in the Play-Offs and force our way in there; that’s been the plan since I’ve come in.

“Even with a tough run in, we’re going to really make the most of this; we’ve got the opportunity to lay down a marker against Leeds and then make a statement – and take some points – off some of the teams around us. We’re looking forward to this.”