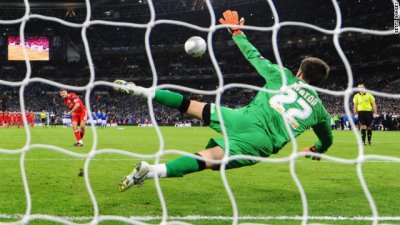 “It will be the first time I have been back there since I left,” says Heaton who has played 29 games so far for Bristol City this season.

“It will be a good day and I'm looking forward to it. These are the games you want to play in.

"It will be a fantastic atmosphere and the place will be rocking on Saturday.

"I would like to think Cardiff fans will give me a good reception, just as they did at Ashton Gate earlier this season.

"I enjoyed my time with Cardiff and left on good terms."

In his last season at Cardiff Heaton was the first choice keeper for the Carling Cup run and the last game he played for the Bluebirds was the penalties defeat at Wembley against Liverpool.