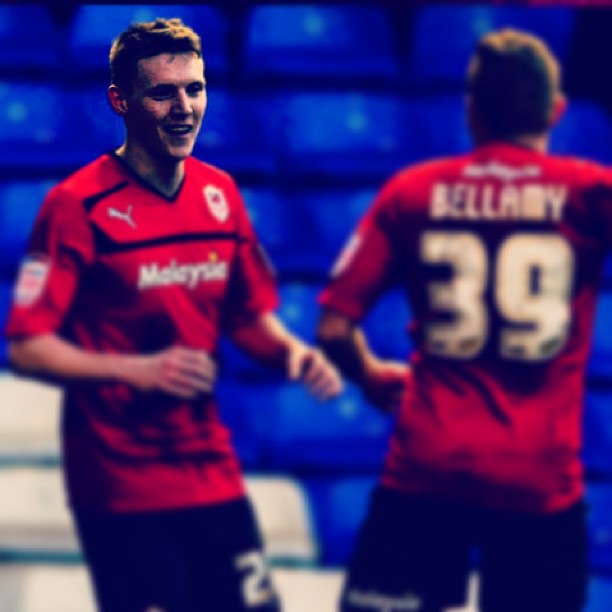 Mason's strike came after Jack Butland could only parry Craig Conway's shot from distance into the path of the delighted striker.

City were able to grind out the victory with chances from the visitors at a premium. But they were able to deal with a busy Birmingham side who lacked any conviction in front of goal.

A crowd of less than 20000 was swelled by over 2200 visiting fans and it  was the Bluebirds'  supporters who made the most noise as City won for the 4th consecutive match and opened up a healthy gap over 3rd place.

A last gasp Birmingham corner was headed out and that signalled the end of the game and plenty of fine voices in the away end.

City coped with a changed around side that missed Peter Whittingham through injury. Andrew Taylor had a virus and McNaughton and Gestede started on the bench.

Next up its an FA Cup 3rd round trip to Macclesfield. I expect we'll see a different side run out that day as Malky will want to keep his star players for the Championship run in.