Bluebirds boss Mick McCarthy enjoys that winning feeling in the Championship for the first time in three years. 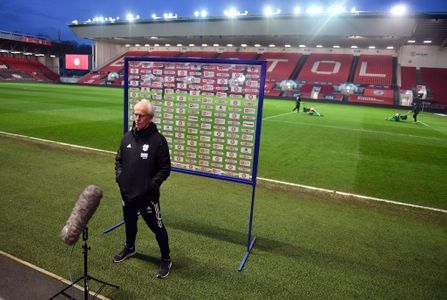 "It's a great feeling, not only to have my first victory in charge of Cardiff, but also my first win in the Championship since I was at Ipswich three years ago. The lads had to work really hard for it. If you get early goals, it makes life easier, but we expected Bristol to respond in the second half and did really well to keep a clean sheet.

“I’d like to think that it’s set a benchmark. It’s the level of performance that you need to produce every week in the Championship. We’ve got to do that every week.

“That’s first and foremost for me; how the lads work, how they are as a team, the level of effort they put in. I think that’s a pre-requisite.”

Bristol City's Dean Holden: "I am not going to try to sugar-coat that performance. It wasn't good enough and way off the level we have set. I can understand how our supporters will be feeling after a display like that in a derby game and I can assure them there has been some honest talking in the dressing room after the game.

"It would be easy for me to come out and criticise individuals, but we win together and we lose together. My job is to ensure we regroup quickly and galvanise the players to get us out of the tricky spell we are in."