Neil Warnock: "Omar has been busting a gut to play. Danny had a bit of a calf injury from the weekend and we didn't want to risk that. I thought he and Lee Tomlin did very well. We played some good stuff at times and Omar was a threat all night. He's been doing extra sessions in training and he said he was cream-crackered when he came off.

"When I signed Omar I told his agent he would be third choice and he would have to fight for his place in the team. But I can't speak highly enough of him and he's worked hard to earn a spot." 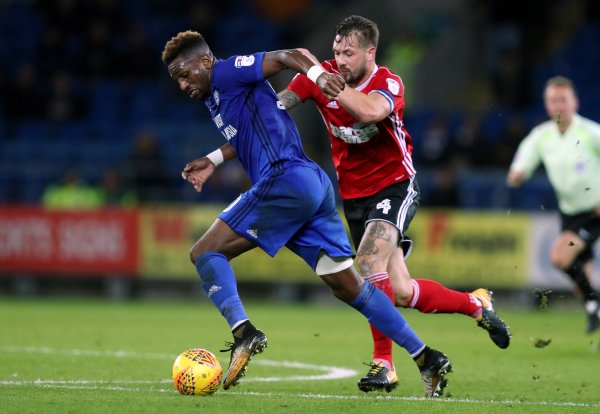 Mick McCarthy: "In the first half we played well and created some chances. They made it very difficult for us, but we didn't defend well and conceded some poor goals. I think I dreamt the half-time teamtalk about not getting a bad start and making sure we didn't concede straight away. We did the exact opposite and their second goal was ridiculous. It completely changed the game.

"We got a goal back, but I can't believe the naivety for their third. It's frustrating and the players don't want to start slowly, but we can't hide away from the fact we gave some poor goals away."