Cardiff's Neil Harris: "Again, Kieffer has bullied the centre-halves for the 75 minutes he was on the pitch. He is looking like a top acquisition by the club. He was a handful in the air, he is quick when he runs down the sides, he is taking care of the ball for us and scoring goals at the moment. He is making life very difficult for the opponents. Huddersfield changed to a three to deal with him and Mark Harris and I thought he was a real handful again. 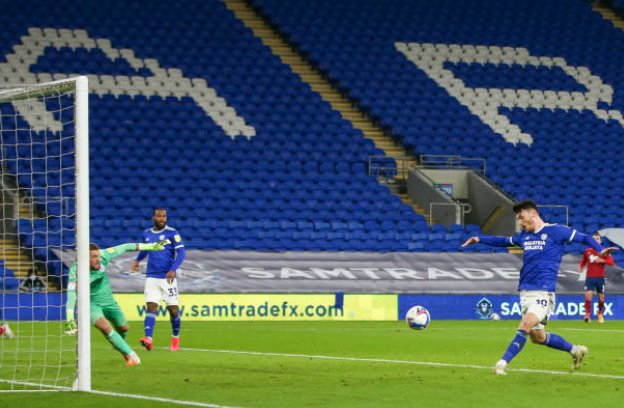 Huddersfield's Carlos Corberan: "We started the second half better and played in their half but then we conceded a key second goal in a situation we can avoid. We have to accept the result as they were better than us in both boxes. We had a lot of the ball but we didn't create enough chances - especially in the first half.

"After the second goal, they protected their goal and the game became difficult for us. That is no excuse; this is one situation that we have to be prepared for."