Highlights and reaction as City ease past Barnsley

Neil Harris: "I can talk a lot about the goals we scored, the chances we created, the clean sheet, but I am most impressed with the reaction of my players. Obviously I was honest in my opinion after the game on the performance in the first half at QPR. I was honest with my players at half-time and after the game. 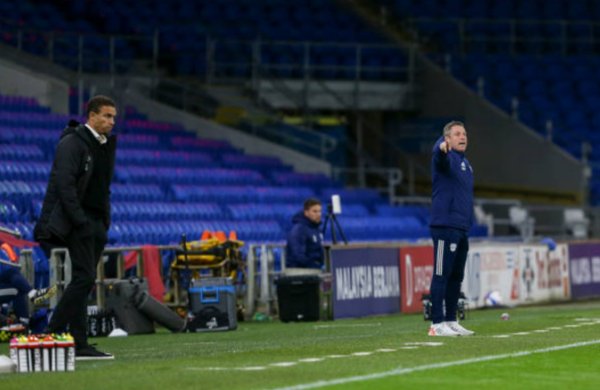 "When you do that you want a positive reaction from the group and tonight I got that. I thought the performance level tonight individually and collectively was outstanding. The only frustration is that we didn't score more."

Barnsley's Valerien Ismael: "I was disappointed with the defending for the goals today. In the first half we could have had a penalty with Patrick Schmidt and then on the counter-attack we conceded a penalty, which was also a penalty, and that changed the game. We didn't do enough after 90 minutes.

"A lot of things went wrong today, tiredness was an issue and we had injuries which forced us to change the formation. Today it was very difficult because we weren't dangerous enough in the opponent's box and we didn't create enough opportunities in their box to score. We have to analyse why it was like this today and put it right for the game against Derby on Saturday."