Cardiff's Mick McCarthy: "We are certainly good at scoring from crosses, that's for sure, but they all count. I'm not bothered how they come, keep winning games, that's the name of the game. 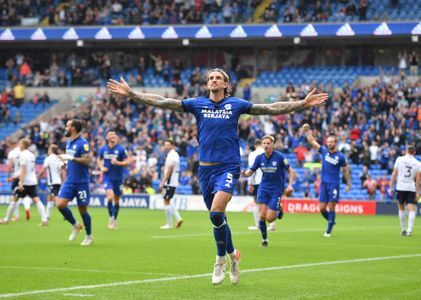 "They probably had the better of it in the first half. We looked leggy and didn't look up to speed, but we were better in the second half and the subs made a difference."

Millwall's Gary Rowett: "We spoke a lot about needing to stand up to Cardiff and their set-piece in the 48 hours before the game, and then again at half-time. We probably had the better moments in the first half and showed good composure and movement. But to concede three set-piece goals wasn't great, although we had defended really well up to that point.

"We should've made it 2-2 when we hit the bar. It's those small moments in matches that are getting away from us. We have had a hard start to the season in some ways, playing QPR, Blackburn, Fulham and Cardiff. There wasn't much in the game today, but we are still searching for our first win."