Highlights and reaction as City stun the Baggies

"I'm delighted with the character of the players, the determination to want to succeed and do well. It wasn't pretty at times against a really good footballing side and to limit them to what we did was an outstanding effort by the players. 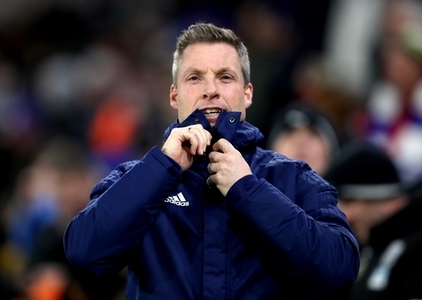 "We showed there are different ways of winning games. We used set plays, the first one we worked the ball into a good area for Will Vaulks to use his long throw. Paterson's used his goal scoring instincts which I'm really pleased about.

"And then the second one is a moment of magic. To be able to bring a player of Lee's quality off the bench is brilliant for me and he showed his real class.

"It was a workmanlike performance that epitomises us as a club and a group and I'm really proud of the players because we played against a really good West Brom side who have shown their qualities over the season. They might not be on the greatest run but still very difficult to play against."

"We knew it wasn't going to be a pretty game, they are very direct and very aggressive team. We wanted to stop them creating anything, even from throw-ins. We were pretty solid on paper at least.

"We expected a game of very few chances and knew it wasn't going to be easy to score against them. You can't concede goals like that.

"It's simply not good enough at the moment. Told the guys we need to look at each other, not as soon as possible - but now, to what get back what we had. We don't have it in the moment. We can't say we were unlucky for seven games, can't blame anybody but us. We have to get it back. Simple as that. We weren't good enough.

"I can't be any harder, I spoke quite long in the dressing room. We need it back, we need the team back. We have to get back on winning track, first of all stop conceding goals."