Highlights and reaction from the City Ground 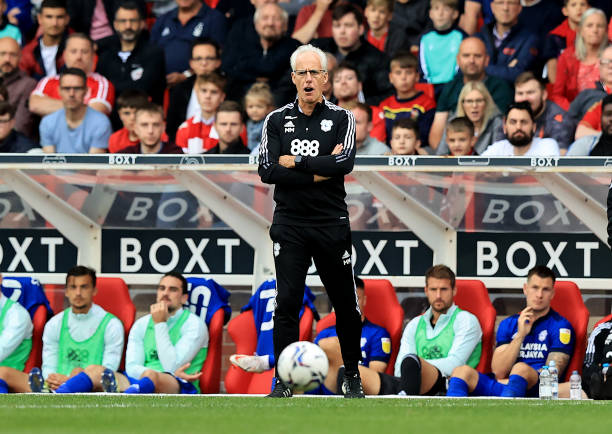 "In the first half we scored a really good goal and, without playing really well, we were still the better side. Cardiff were always going to react in the second half. They are one of the biggest Championship sides I have seen. They play in a certain way and that has been very beneficial for them. You have to be able to cope with it. It is a tough task. But there was a period of 15 minutes where they cranked it up and were very, very direct. There were moments during that when we just did not cope with it."

Mick McCarthy: "I am so pleased that he (Colwill) has signed a new contract because, if he hadn't, people would be all over him like a rash, watching him get a cap with Wales and then do that today.. His second goal was in a different class. Kieffer (Moore) just played it around the corner to him and he produced a great finish. Management can sometimes look easy, can't it? What pleased me most was that we took a short throw-in; we tried something different.

"I told the players that they did not have to launch the ball into the box every single time. Be smart; be clever - do something different. We took a short throw, Will (Vaulks) put a great ball into the box and we had bodies in there to attack it. It is a great three points and a great win. We started well but then they got into it and were full of confidence after the goal."