Highlights and reaction from The New Den

Neil Warnock was left frustrated with his defence after City blew the chance to gain their first away win of the season.

"At this moment in time, if you can't win games like that, what chance have you got?," Warnock said.

"That's like kicking points away. We're not defending well enough at times and we're getting punished.

"It's probably the most frustrated I've been this season. And I've had one or two moments.

"It's scandalous, really, I don't know what to say. 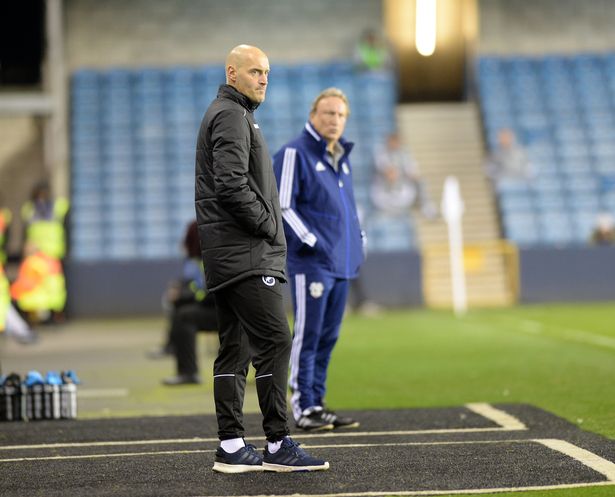 "We were so charitable in the two goals, unbelievable, really.

"It's as good an away performance as your going to get. Not many teams are going to dominate as much as us.

"I think the first chance they had they scored, 45th minute. And the second one, dear me. It's come from Josh Murphy's free-kick. It's scandalous."

Millwall caretaker boss Adam Barrett: "I am just delighted with the character of the team after a difficult game on Saturday to come back twice tonight against a very strong Cardiff team.

"It has been a real topsy turvy two weeks and to come away with four points from the three games I am delighted for the boys and for everyone at the club. With a new manager, hopefully, he can come in and take us forward. I am delighted with the team and the boys.