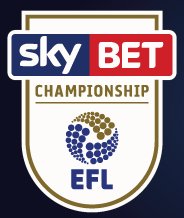 The EFL say they are satisfied that the right decision was reached to call of Cardiff City's game at Derby County last Sunday week. Not everyone agrees and the statement, while saying things were done correctly aslo acknowledges that 'clearer and more effective communication around the decision making processes on the day would have assisted an already challenging situation. Derby County have been reminded of their responsibilities in this regard in order to ensure integrity of the competition is protected.'

Meanwhile Cardiff City have released a statement of their own which includes the news that Vincent Tan has offered to reimburse fans who trvalled on official coaches to Derby.

The EFL has now had an opportunity to consider the submissions of both Derby County and Cardiff City following the postponement of their Championship fixture on Sunday 18 March.

We remain satisfied that the decision to postpone the fixture was the correct one in the circumstances at the time and that Derby County had made every effort to ensure the game had the opportunity to be played. They also communicated with the relevant stakeholders as it became clear it was in doubt due to safety concerns.

It should be noted that matchday safety is a matter for the club to determine and the EFL’s policy with regard to the Safety Advisory Group (SAG) is in place to provide a qualified ‘third party’ sign off for any game where the condition of the pitch is not the primary concern, so as to avoid the circumstances we saw on Sunday.

From the information that has been assessed, it is clear that the decision to postpone the match was taken by the club but was reached following earlier consultation with the SAG, which includes the Police, other Emergency Services and Derby City Council. They agreed with the recommendation put forward by the club and that position was confirmed via the Safety Advisory Group (SAG) Chair shortly after the 8:30am announcement.

The EFL was subsequently provided with a comprehensive report including a full risk assessment by Derby County as to the steps taken in the build-up to the decision being made.

The EFL’s review has also ascertained that time pressure played a significant role in the parties reaching their decision, as, due to the 12 noon kick-off, significant numbers of people would have been heading to the stadium from approximately 9am with the conditions clearly unsuitable. The club also evidenced that they received notification from their stewarding contracting partner that a number of matchday stewards were unable to travel to the stadium due to the adverse weather conditions.

Therefore it was in the best interests of spectator safety to postpone the game to avoid fans congregating in numbers. Derbyshire Police were also advising people on Sunday morning only to make necessary journeys in the local area following the overnight snow.

The safety and security of supporters attending matches has to be paramount. Any decision to postpone a fixture is never taken lightly and not without full consideration of the impact it will inevitably cause the two clubs and their supporters.

It should be noted that there was no issue with the playing surface at the stadium and therefore the match officials were not required to be involved in the decision making process. This was a matter of supporter safety, and they were informed of the postponement once the decision had been taken.

The EFL has now contacted Derby County and Cardiff City to inform them of their findings, and no further action in regard to this matter will be taken. However, the EFL acknowledges that whilst the correct decision was taken in postponing the match, clearer and more effective communication around the decision making processes on the day would have assisted an already challenging situation. Derby County have been reminded of their responsibilities in this regard in order to ensure integrity of the competition is protected.

As previously communicated the re-arranged fixture will take place on Tuesday 24 April 2018 and, refunds will be available to those fans that are no longer able to make the new date. There is no decision as yet as to whether the game will be selected for live broadcast on Sky Sports.

Cardiff City FC Executive Director & CEO, Ken Choo, has issued the following personal response to the EFL’s statement issued on Thursday, 22nd March relating to the postponement of our fixture with Derby County earlier this month.

“Whilst the Club has noted the EFL’s findings in relation to the postponement of last Sunday’s game, it doesn’t mask the disappointment we feel.

“Of paramount importance to us throughout this process was that our supporters were treated fairly and with respect. Today’s findings don’t acknowledge the wasted efforts and expenditure incurred by those who travelled to the game last weekend.

“It was our contention that the very least we could expect from this investigation was that our supporters would be recompensed by Derby County: not as an admission of wrongdoing on their part, but as a simple human gesture and in the spirit of the game. For this not to be forthcoming has disappointed us more than anything.

“I’ve been in contact with Tan Sri Vincent Tan throughout this process and, in the absence of goodwill, he will be personally reimbursing all officially organised supporter coach travel that made its way to the postponed game.

“We now look forward to putting this unsavoury episode behind us and concentrating on our targets for the remainder of the season.”

For further information, supporters should contact their respective travel providers.