Mick McCarthy described Cole Skuse's first goal in almost three years as one of the best he had seen as his impressive Ipswich side took a huge leap towards the Sky Bet Championship play-offs.

With Wolves and Brentford both losing, Ipswich's 3-1 win over mid-table Cardiff earned three crucial points which now put the Suffolk side in the driving seat for a top-six finish.

It was made possible thanks to Skuse's wonderful 29th-minute strike, which restored Ipswich's lead after Freddie Sears and Eoin Doyle had traded goals within the first 13 minutes.

The points were made safe in stoppage time when Skuse played in the Championship's top scorer Daryl Murphy and the striker made no mistake from 12 yards to claim his 24th of the season.

A delighted McCarthy paid particular praise to Skuse, saying: "I think Skusey, over the last two or three months, has taken his performance to a different level.

"His strike was very special and we needed it at the time as they had a good period in the game after scoring.

"But it was an emphatic strike while he also had the presence of mind to put in Murphy in the last minute.

"Ever since he walked through the door, his name has been inked on the team sheet and it is a great time to start scoring."

The match was actually a lot closer than the scoreline suggested with Fabio and Aron Gunnarsson missing good chances for Cardiff.

But Ipswich deserved the points after a typical performance based on hard work and a threat in the final third as they cemented their place as favourites to finish in the top six.

The Town boss added: "We might not be the best team but we are as tough as anyone and a real threat.

"After seeing the results, we are delighted but we go to Wolves on Saturday. While I know someone will get a slap in the last game of the season." 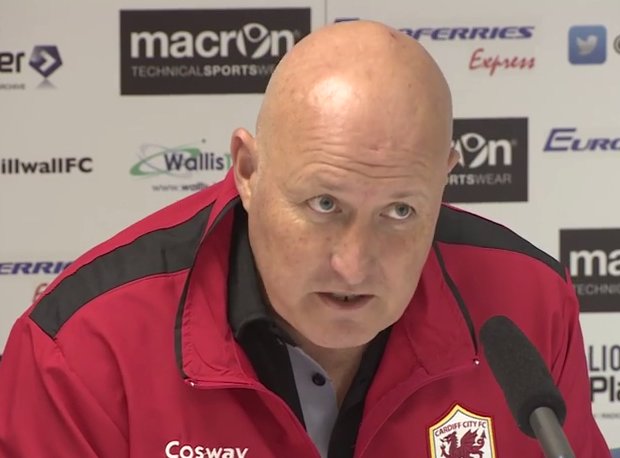 Cardiff boss Russell Slade described the game as a "yardstick" as he faces up to a summer of upheaval.

Slade said: "I thought it was a decent performance and 3-1 was a little harsh on us. We were well in the game and had a great chance for 2-2.

"But individual errors cost us - which was disappointed as we had flagged up certain things before the match. We had to be aware of the one long ball to Sears and we also flagged up stopping Skuse.

"I have been in the play-offs and so has Mick (McCarthy). Ipswich are a good yardstick for us and I thought at times tonight we were very, very close to them. We were really enterprising at times."