The flag will be on display around Wembley on Sunday but unfortunately it's too big to be used inside the stadium.

The future for the banner that has the Welsh flag and Cardiff City's old badge incorporated in it, is to be sorted out but it's hoped to be used prior to home games but being carried over the fans in different parts of the ground and hopefully at away games as a covering over empty seats next to the City congregation. Click each image for a larger picture. 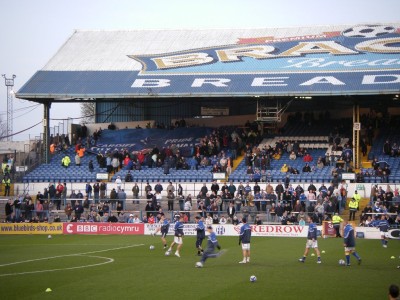 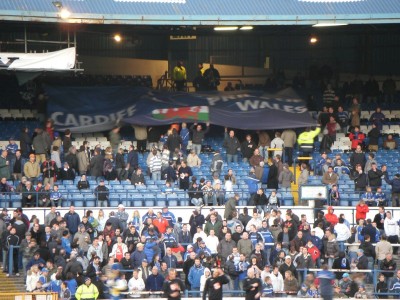