Adam Le Fondre completed a move to Cardiff City yesterday signing a three year contract for an undisclosed fee thought to be around £1m.

The striker leaves Reading after three seasons where he scored 12 / 12 and 15 league goals respectively. The 12 goals in the 2012/13 came in the Premier League so he has proven himself a regular goal scorer in the top two divisions.

"He's proven at every level, including the Premier League.

"He is a fox in the box. Very similar I would imagine to his boss and his boyhood hero Ole Gunnar Solskjaer."

The forward becomes Solskjaer's fourth signing of the summer so far. 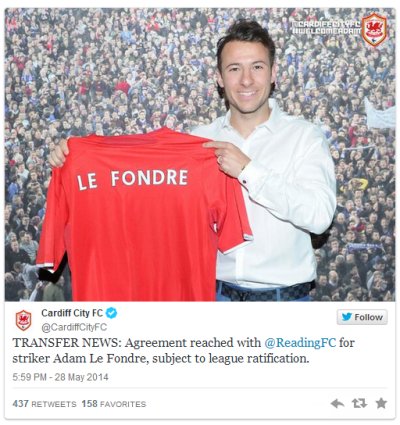