The 28 year old has been a central figure for Bristol City for the last six years playing an average of 40 games a season for the Wurzels, and scoring against Manchester City as The Robins lost to Manchester City in the League Cup semi final a season or two ago.

He becomes the second Deadline Day arrival after Isaac Vassell. His name was only linked today.

"It's been a quick turnaround but I'm delighted to be here," said Pack.

"Obviously, as a former Bristol City player, I know it's a tough place to come - I never got a result here.

"But now, as a Cardiff City player I'll be looking to make sure it's a fortress and hopefully help the lads try to get promotion." 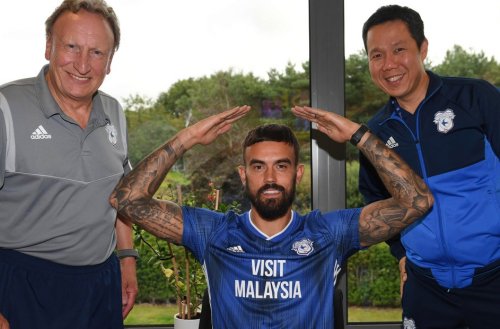 Neil Warnock added: "He’s the leader we’ve been looking for now since we knew Gunnars was leaving.

"We waited and waited and finally managed to get it over the line today, so we’re delighted with that really.

"I think everyone knew we missed that leadership and I think this squad has got great characters now in different areas."

#DeadlineDay | #CardiffCity are delighted to announce the signing of Marlon Pack from @BristolCity!