The previous low was 3,726 for a midweek League Cup tie against Brighton & Hove Albion at Ninian Park in August 2007. City won the game 1-0 in extra time with a goal from Roger Johnson. 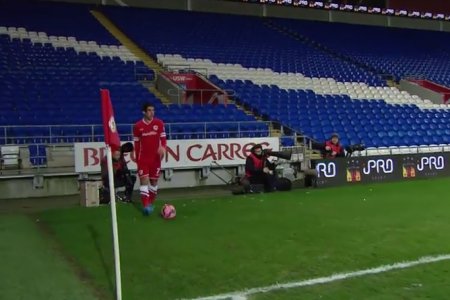 The last time Cardiff had a lower crowd for a home FA Cup tie was back in November 1999 when 3,095 turned up to watch the Bluebirds beat Leyton Orient 3-1 in a first round replay at Ninian Park. Matt Brazier, Russell Perrett and Kevin Nugent scored the goals. The club was is in the equivalent of League One at the time and were eventually relegated to the basement at the end of the 1999/2000 season.

Last night's attendance was the club's lowest ever for an FA Cup tie at the third round stage or beyond.