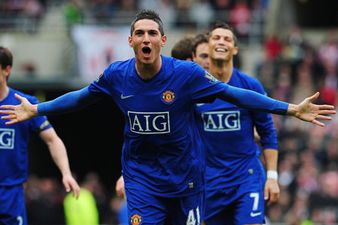 He will start work for the Bluebirds on July 1st when his contract expires at Old Trafford.

Still just 22 now the Italian broke into the Utd first team when he was just 17 scoring on his debut in a 3 - 2 win over Aston Villa. Macheda netted the winner in the 90th minute and a week later scored the winner again as United won 2 - 1 at Sunderland.

Macheda said: “I’m only 22 and people forget I’m still very young. When I broke into the first team I was a baby.

“Being at United is great but if you don’t play it’s better if you go somewhere else where you can play every game and have a career.”

“It’s a massive opportunity for me and it is with thanks to Ole Gunnar Solskjaer that I am here." Macheda said last night

“He played a big part of my decision and I’m really looking forward to starting this season.”

Macheda is Solskjaer's third confirmed signing after the arrival of striker Javi Guerra from Valladolid and midfielder Guido Burgstaller from Rapid Vienna.