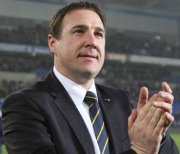 “It was a performance full of character.

“We had to stay patient because Huddersfield worked to frustrate us and we did that.

“The players were courageous and brave in a difficult match and worked for each other throughout.

“That shone through again."

“Our fans were fantastic, but that doesn’t surprise me"

“They see players out there in Cardiff City shirts who care about this football club and that came through last season.

“That won’t change and it was sweet for them to be able to cheer a late winner from their captain.”

“He was playing against two men most of the time."

“Huddersfield packed that area but Craig gave 100 per cent, just as he always does in every match.

“We changed our shape a little near the end and Craig moved inside a bit more after Filip Kiss went on – and it’s pleasing to come out with a hard-earned three points.”

on the other players:

“He (Marshall) is one of the top three goalkeepers in the division and is going from strength to strength.

“Heidar is one of two Icelandic Viking warriors in our team, him and Aron Gunnarsson gave everything they had.

“They are great characters and Heidar is as fit now as when he was 22.

“I have played against him and when I was Watford manager I signed him on loan.

“I was ready to bring him here in a heartbeat and we are delighted to have him in the squad.”

and on Vincent Tan:

“He has done an awful lot for this football club and deserves plenty of credit for that,” he said.

“I thought we played really well – with and without the ball and we showed a lot of quality.

“We did not deserve to come away empty-handed and I think there were a lot of positives to take into Tuesday night.

“We are not a one-man team and we were strong in every department.”

The one man he was referring to is in demand top striker Jordan Rhodes. He missed the game through injury after playing for Scotland in midweek.

“I know there has been a lot of speculation about Jordan, but he is injured, and he is not going anywhere,” said Grayson.

“He has a grade one tear of the hamstring, which is five to seven days, and if there is any doubt about him playing on Tuesday then he will not be risked.

“No one has come near our valuation and if anyone wants him they will have to pay a lot of money.”