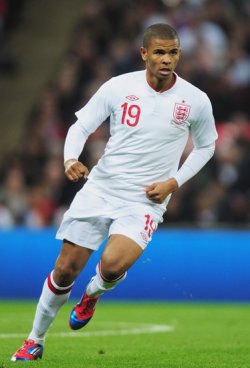 After news leaked yesterday from Campbell's team mate Matt Killgallon the media have been full of speculation but today Cardiff City have confirmed their interest in the striker.

Malky Mackay said today: “We have been in contact with Sunderland concerning Fraizer Campbell.

“We are in discussions with his club at the moment.

“Obviously we would like it to go through soon but there are things we need to discuss with Sunderland. We hope we can come to an agreement.”

Malky was speaking ahead of his sides trip to Blackpool for tomorrow's Championship clash at Bloomfield Rd. Campbell would need to sign before 2pm to play on Saturday. More likely if the deal goes through he will be available to face Leeds on February 2nd.

Mackay continued: “He is a pacey player. He won his first cap for England last year and he’s got Premier League experience.

“He’s scored plenty of goals in the Championship and would bring an added value to our squad and that is what we are hoping to do.”

The value of City's offer to Sunderland is unknown but this would be a permanent signing of a player with Premier League pedigree.