Malky 'It was a pleasing display' 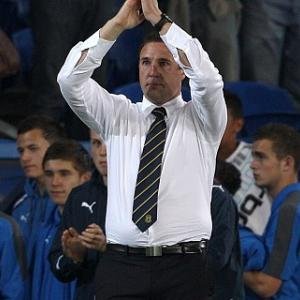 Middlesbrough boss Tony Mowbray started his post match comments with words that Cardiff fans are used to hearing but usually from our own manager.

This time though Malky Mackay was far more upbeat and it was Mowbray who was the unhappier man.

He said: "Look, we are all frustrated, disappointed and annoyed because we have lost a game and the goals we let in were very poor.

"But we are only one point off the play-offs with five games to go and with everything still to play for.

"That is five games to define our season. Is it going to be a season of progression and improvement? We'll see.

"We have an opportunity over the next five games - or eight games if we are successful - to determine that.

"We have shown we can go away to teams and win games and we have our next two on the road and then we have bottom of the table Doncaster at home.

"So we still have a big chance to haul ourselves back into it. It is far from over."

Cardiff boss Malky Mackay was delighted as his on-song side clawed back up into sixth place.

"We are back in the play-offs and we have a bit of momentum behind us now," he said.

"We have beaten a good Boro side who are one of our promotion rivals, we have only had one defeat in eight, we've kept three clean sheets in the last five... things like that give you a little bit of a psychological edge going into the play-offs.

"I'm delighted with the way the game panned out.

"We started brightly and exploited some good spaces and got the opener and then stayed calm and got a very good second.

"They came at us in the second half and bombed forward and put us under some sustained pressure but we were calm and composed and contained them and had some good chances to make it three or four on the break. It was a pleasing display."

Mackay was disappointed though that Boro keeper Jason Steele was not sent off early on after he clattered Kenny Miller when coming out to deal with a poor back pass.

"Their keeper cleaned Kenny out," said the Cardiff boss. "Kenny had nutmegged him and was wiped out. Their keeper never got a touch on the ball.

"It wasn't a penalty because it was outside the box but he was the last man and should have gone. And they didn't have a keeper on the bench so it may have had a massive impact on the game."