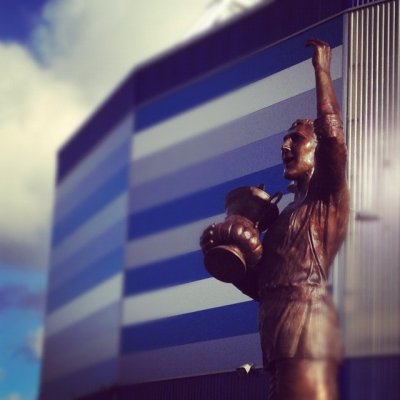 Fred Keenor captained the football team at Stacey Primary School in Roath. He went on to skipper the Bluebirds to FA Cup Final success in 1927, as well as captaining the Welsh international side.

The ceremony will take place on Tuesday, November 12​ ​

Almost a year to the day (November 10, 2012) after the statue of Fred Keenor at the Cardiff City Stadium was unveiled by two pupils from Stacey school, Carla Shore and Yassin Mohamed.

Cardiff City Supporters’ Trust had launched an appeal to raise £85,000 for the tribute.

David Craig, project manager of the Keenor appeal and a member of Cardiff City Supporters’ Trust board, said: “We had funds left over after the statue was erected so we felt it would be entirely appropriate to provide an inscribed blue plaque dedicated to Fred for the school.

“We are thrilled that Malky Mackay is happy to take time out from his busy schedule to unveil the plaque to honour Fred. We are sure the pupils are looking forward to welcoming a modern day Bluebirds hero in Malky Mackay to their school.

“This event is the conclusion of the work by the Trust’s Fred Keenor fundraising committee to mark the legendary status of Fred.”