Sergio Aguero will miss City's second game in five days after limping out of their 2-0 win at Fulham on Saturday, while Fabian Delph is also not fit to return.

There could be a recall for Benjamin Mendy, however, more than two months since his last appearance against Burton in January.

Cardiff have no new injury worries for the Premier League trip to champions Manchester City.

Warnock had warned after Sunday's controversial 2-1 defeat to Chelsea that he would play his under-23 side at the Etihad Stadium on Wednesday.

But Warnock confirmed at his pre-match press conference that he will be taking a full squad to Manchester, apart from Sol Bamba (knee) and Callum Paterson (ankle) who will not play again this season. 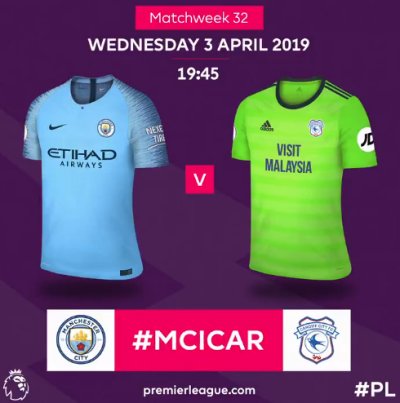