Manager comments and highlights from The Hawthorns

"It's a clear penalty - I can't say anything else, it's a penalty. 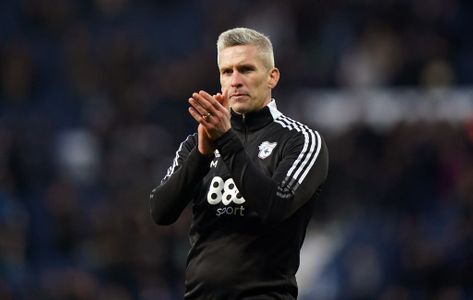 "We can't change anything now. It's frustrating - at some point you need the luck that the referee does his job.

"It was not only the penalty decision, some decisions were for us, some against us, in my opinion it was a poor refereeing performance."

Explaining his own actions, Ismael added: "I just wanted to tell him I couldn't understand why he didn't give the penalty.

"The situation came and my emotion was high because it was at the end of the game, but I came down quickly."

"It was all caused by them having a stonewall penalty and the referee not giving it. It all went off.

"We were thankful he didn't give it, but as for the two sendings-off at the end, I think they grabbed each other to stop the other doing what they were going to do.

"I will appeal it - as I'm sure they will - but I'm sure the powers that be will not overturn it as they tend to back the referee. Hopefully we don't lose Aden Flint and common sense will prevail."

On the West Brom equaliser and other offside decisions, Morison added: "We were let down by decisions - not by our players."