Manager reaction and highlights as Cardiff draw with Millwall (again)

Cardiff's Mick McCarthy: "I know Harry [Wilson] has been a starter and there was some surprise that he hasn't played, but I loved his reaction of coming on and creating that goal. He's a talented lad who can play a number of positions. We were behind in the game and had to change something. Harry went on and created problems from in behind the front two. 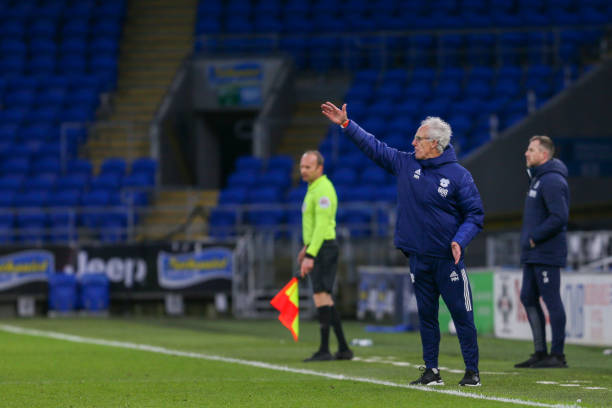 "I think we played well, we got off to a difficult start, the ball was swirling around, Sean Morrison got his head to it and it went in play. We ended up giving a real sloppy own goal away, having had a decent start and then they had to react to it which they did. Apart from their chance with (Kenneth) Zohore, we had the best of it and certainly deserved a point."

Millwall assistant Adam Barrett: "We dealt with their threat excellently and the guys defended very, very well and we looked a real threat on the counter-attack, which is where the goal came from.

"We were delighted to be 1-0 up and the frustrating thing is that we created some glorious opportunities to take the game away from them. We made one mistake, gave the ball away in the middle of the pitch and we got punished for it. We're frustrated because it's a game we thought we should be getting three points from."